By continuing your navigation on https://my.unrwa.org you agree to the use of cookies and similar technologies to ensure the nominal operation of the website (eg. maintain your connection).

Over the past seven decades, Palestine refugees have experienced extremes in violence, suffering and injustice. As a result, they are confronted with daunting human development and protection challenges, which stand to arrest their significant potential. Humanitarian conditions across much of the UNRWA areas of operation are grave, exacerbated by protracted conflict and the lack of political progress. 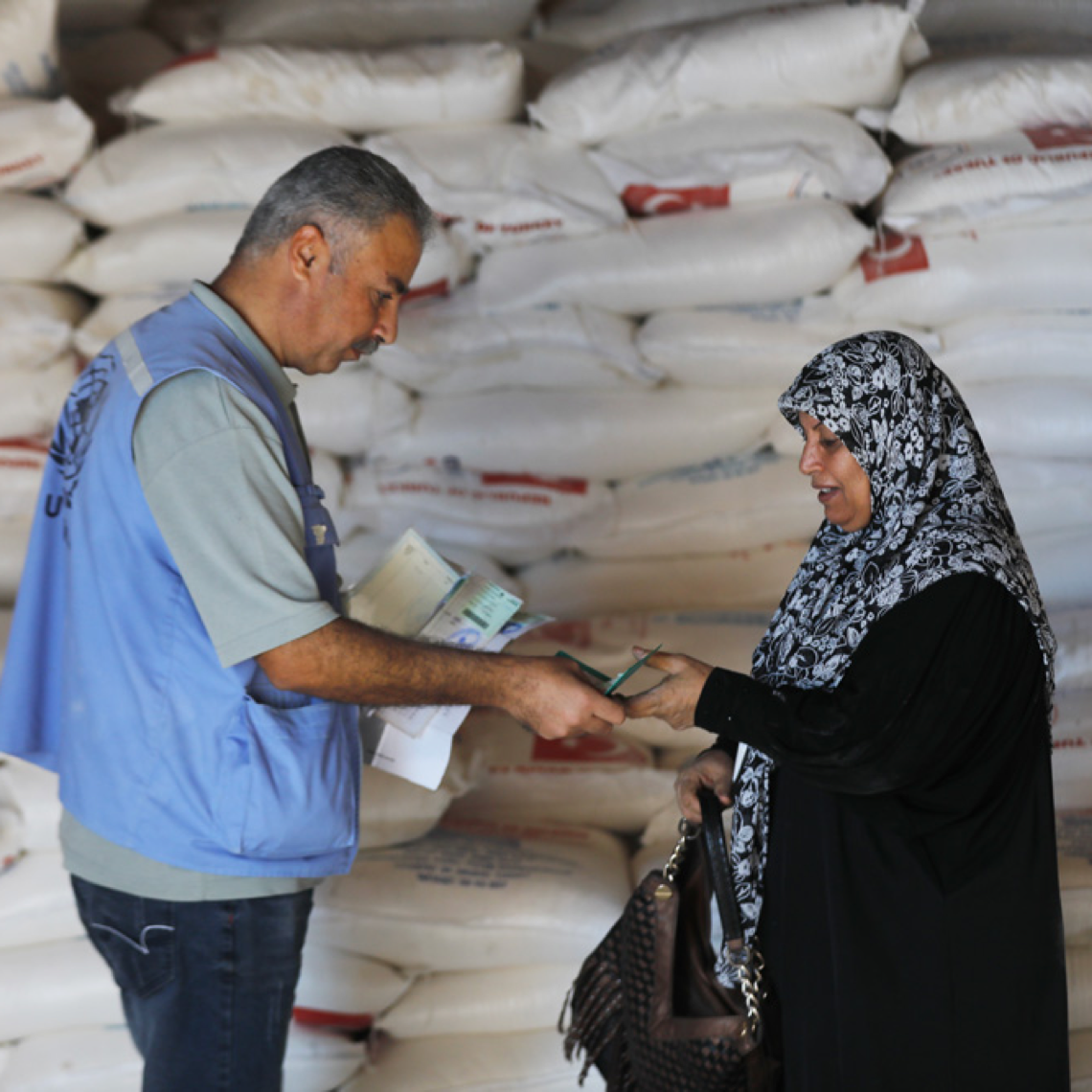 We provide assistance and protection to Palestine refugees in Jordan, Lebanon, Syria, the Gaza Strip and the West Bank, including East Jerusalem. 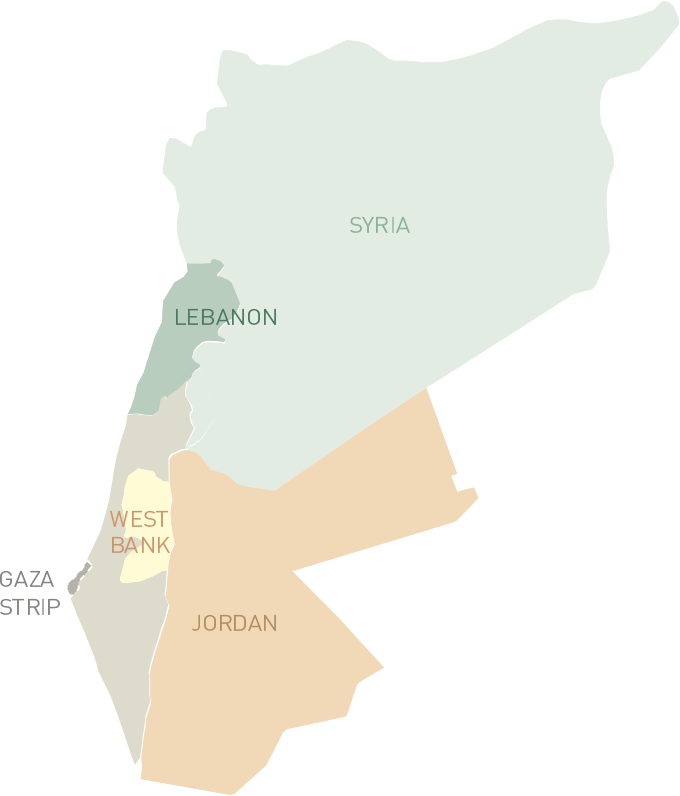 Gaza Strip is home to a population of approximately 1.9 million people, including some 1.4 million Palestine refugees. For the last decade, the socioeconomic situation in Gaza has been in steady decline. The blockade on land, air and sea imposed by Israel following the Hamas takeover of the Gaza Strip in 2007 entered its 13th year in June 2019 and continues to have a devastating effect as access to markets and people’s movement to and from the Gaza Strip remain severely restricted.

The West Bank is home to nearly 775,000 registered refugees, around a quarter of whom live in 19 camps. Most of the others live in West Bank towns and villages. Some camps are located next to major towns and others are in rural areas. While the West Bank has the largest number of recognized Palestine refugee camps in the five UNRWA fields, the largest of them, Balata, has a population similar to that of the smallest camp in Gaza.

Over 470,000 refugees are registered with UNRWA in Lebanon, with 180,000 estimated for planning purposes to be residing in the country. About 45 per cent of them live in the country’s 12 refugee camps. Conditions in the camps are dire and characterized by overcrowding, poor housing conditions, unemployment, poverty and lack of access to justice.

Palestinians in Lebanon do not enjoy several important rights; for example, they cannot work in as many as 39 professions and cannot own property. Because they are not formally citizens of another state, Palestine refugees are unable to claim the same rights as other foreigners living and working in Lebanon.

WE PROVIDE ASSISTANCE AND PROTECTION FOR SOME 5.6 MILLION PALESTINE REFUGEES

* The designations employed and the presentation of material on this map do not imply the expression of any opinion whatsoever on the part of the Secretariat of the United Nations concerning the legal status of any country, territory, city or area or of its authorities, or concerning the delimitation of its frontiers or boundaries.